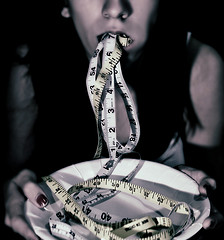 This site is for educational purposes only and should NOT substitute a doctor's advice ©Copyright 2010-2012. Eating-Disorders-Solution.com